Read our #TuesdayThoughts as a midweek #poetic outburst

I miss your neon and smoke,
the old men ribbing me in Polish,
as the barkeep worked molasses
out of his legs to grudgingly pour
a shot while I wasted time between classes
pretended I understood the barfly’s joke,
nodded at midday mothers pushing strollers. 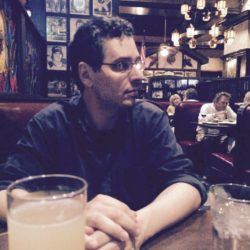 Vincent Francone is a writer from Chicago whose memoir, Like a Dog, was published in the fall of 2015. He won first place in the 2009 Illinois Emerging Writers Competition (Gwendolyn Brooks Award) and is at work on a collection of poems and stories. Visit www.vincentfrancone.com to read his work or say hi.
Posted by Laura Libricz, Authoress at 2:39 AM No comments:

For your #Wednesday: #flashfiction The Port of Going @lauralibricz


The Port of Going

The air hung thick with humidity, strangely conductive after the last few days of cold. Caroline pulled the heavy wrap off her shoulders as she walked to work. She passed the neglected dance hall on the pier by the Port of Coming and ducked away from a group of women who’d just arrived in the village. Caroline wondered why each new wave of settlers heated the water vapor in the air. The transports must disrupt some fine balance there when they entered the port.

They called the village ‘Coming and Going’ after the two ports. The village had historically been a crossroads, a meeting point, a stop-off place where people came to be picked up, rescued or to find themselves a new fate. A haven, a port of souls if you want to call it that. There were airways and seaways and a lawlessness that came with this sort of to-ing and fro-ing. Caroline had come to the village six months ago, looking for passage away. Too scared to go on, she got stuck in a job at the Port of Going overseeing the main gate.

There was a time when noble buildings made this a desirable place to begin a show-off journey. Back then, the gaming attracted a better sort, nicely-dressed folk out to raise the stakes of an expensive evening. Now, the gaming brought nothing but fortune hunters, organized crime, and plenty willing to sell themselves for another go with lady luck. As Coming and Going went to seed, the well-dressed, better sorts moved on to build a new port, leaving the village to decay. Those desperate for passage, like Caroline, were sent here.

The Port of Going hummed with early-morning traveller-seekers. Caroline unlocked the gate, fearing the humidity would irritate them. A siren blared three short shots. Overhead, the lights flickered. It happened at least once an hour, sometimes more. The humidity also seemed to mess with the way the sun’s energy was stored in the batteries. Then the lights went out, complete darkness. It would last five seconds. Five seconds of darkness brought thieves out of the cracks like cockroaches. They had the gift of Dark Sight, they were born with it, an undesirable gift. They meandered in and out of the traveller-seekers, the goers. After five seconds, the lights would come back on. Those who were thrown to the ground would shake themselves and look around, searching for their belongings.

“This is terrible,” the first traveller said. “Why is this port be so dangerous? The Port of Coming is heavily guarded, controlled to the hilt, not like this dump.”

The traveller was right, of course. All comers to the village were closely guarded, whereas goers could go. People escaping were happily transported away, someone else’s problem. Caroline watched the motley goers line up: a girl holding hands with a child; a man with a dream; three children chained together, to be transported and sold into slavery; a girl with a look on her face that said she was going to pay back every asshole who ‘dun her wrong.’ A teenage boy stood behind her, dressed as a soldier.

“This is the Port of Going,” the man with the dream said. “Nobody cares who goes. All are allowed to leave.”

Behind him, a young woman appeared in line. She was heavy with child, visibly unwell. She waddled up to Caroline and waved her papers in Caroline’s face.

“I don’t want your papers,” Caroline said. “I need to scan your chip.”

The young woman flapped the papers. The edge just missed Caroline’s eye. The woman pounded her fist on the papers. She wanted to go and she needed her papers stamped to pass to the Nether Region, at least that was what her application said.

“Don’t you understand me?” Caroline said. “Your chip.”

The young woman lifted her braids to show she had no visible ears. Caroline had never seen this new breed, those with no hearing organs. They were supposedly better beings because they were compliant and could be remotely commanded by some other sensory perception. If that was true, how did she manage to escape to this port?

The lights went off again. Caroline saw the young woman go down. The lights came back on after five seconds. Those who were thrown to the ground stood back up. They shook themselves and looked around. In five seconds, the thieves had moved soundlessly through the goers and collected the spoils. The young woman had trouble getting to her feet. The line bottlenecked and people were visibly angry. The young woman must now stand or be trampled.

Caroline shut her gate, stoppering the bottleneck. “I will turn out the lights forever!”

The lights flickered and went out. Caroline also had the gift of Dark Sight. She watched the thieves hush like spirits between the traveller-seekers and strip them of their valuables. The travellers never saw them coming. Caroline grabbed the young woman, pulled her under the gate and towards the transport area. She would leave now on the next transport away from this horrible place.

About the Author: Pennsylvania native Laura Libricz earned a BA in German at The College of New Paltz, NY in 1991 and moved to Germany, where she resides today. When she isn’t writing she can be found sifting through city archives, picking through castle ruins or aiding the steady flood of musical instruments into the world market. A fascination with the country’s history has led her to recreate the 17th century for English speaking readers in the historical novel series Heaven’s Pond. The Master and the Maid is the first book in the series. The Soldier’s Return is the second.
Posted by Laura Libricz, Authoress at 4:51 AM No comments:

An Impactful, Wise, and Lively Memoir

Jim McGarrah is a master storyteller, and his latest, "Misdemeanor Outlaw" is no exception. With a traveler's casual warmth, he invites the reader into his coming-of-age in the 50s with humor, illumination, and a good dose of self-deprecation. From Midwest small town America, that age of innocence takes a sharp turn as we are led to Vietnam, the young boy still so young and yet a Marine fighting an endless war. McGarrah is a savvy truthteller, but also a philosopher, and his steady reflection and interrogation of this time and its impact keep circling the larger questions whose answers we should never stop seeking. This book is full of life--it sings with it--the arc and folds that follow one's early entrance into manhood and all the ways one can be led forward, seeking, breaking, putting oneself back together again.

Misdemeanor Outlaw: A Confession of Life

Jim McGarrah was born into the halcyon bubble of post-World War Two small town America, a bubble burst by the trauma of the Vietnam War in which he fought as a marine. His recall of his youth in Princeton, Indiana will take you through the looking glass of a Norman Rockwell magazine cover. His recall of a nighttime patrol in the MeKong Delta rice paddies will make your hair stand on end and bring you to tears. Misdemeanor Outlaw is a split personality of a memoir: part anecdotal paean to a seeming Paradise Lost, part wised-up epiphany about how things really work. It is a read you will come away from questioning even what you are most fond of. 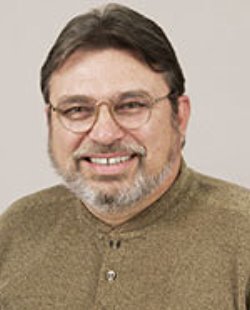 Posted by Laura Libricz, Authoress at 5:56 AM No comments: